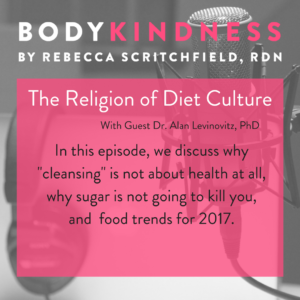 What does religion have to do with diets? Probably more than you think. In this episode I talk with professor of religious studies and author of the book, The Gluten Lie, Dr. Alan Levinovitz.

We discuss why “cleansing” and forms of restriction we see with today’s diet culture is not about health at all. Alan shares his personal story of his “holier than thou” feeling he got from a very short term “challenge” he did with his wife in the name of book research.

You’ll hear why we both think the “sugar is going to kill you” headlines are utterly untrue and unhelpful.

Alan shares a few food trends he think will grow in 2017 and I share how we can make improvements to our eating patterns without going too crazy. 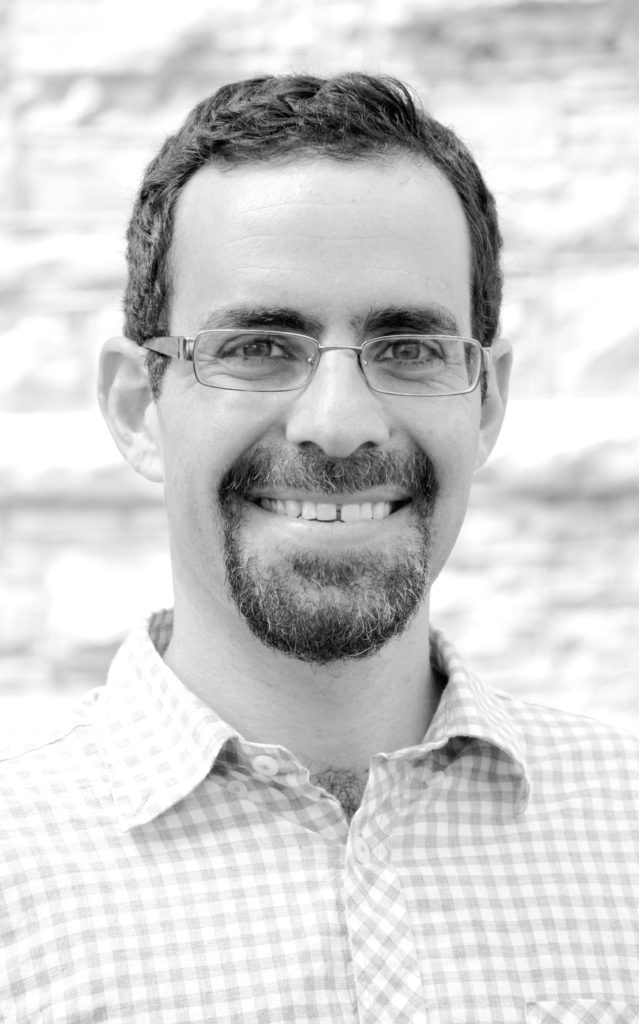 Alan Levinovitz received his PhD in religion from the University of Chicago where he specialized in classical Chinese thought. He is now assistant professor of religious studies at James Madison University, where he teaches classes on religion, Chinese philosophy, and the connection between religion and medicine. His work in journalism focuses on food, science, and culture, and has appeared in The Atlantic, Wired, The Washington Post, Slate, Vox, and elsewhere. He is the author of The Gluten Lie: And Other Myths About What You Eat, and his only food taboo is fake cheese, which he believes is irredeemably evil.