We’ve seen the images, we’ve heard some version of “this sh– ain’t right”, but the one thing we’re not talking about is why we shouldn’t feel bad for Lady Gaga. 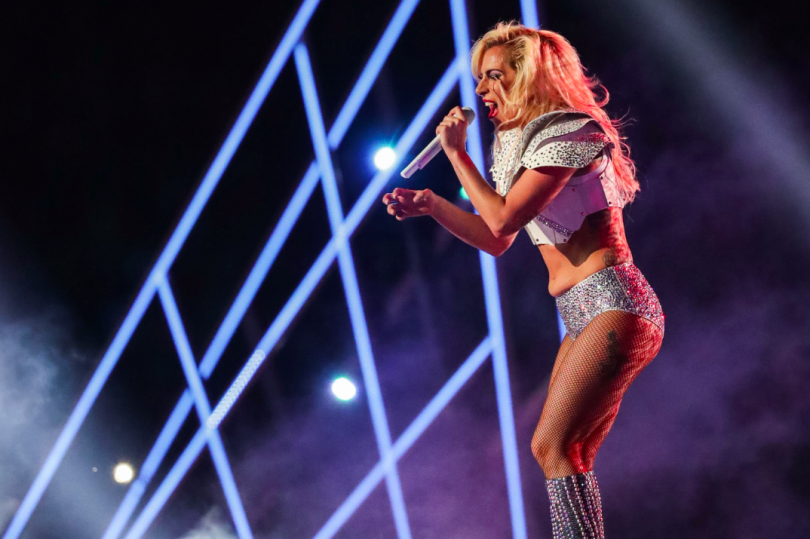 She’s a superstar, super talented, super rich, super powerful… and she worked with Beyonce! Not only that, but her performance was spectacular! It was the second most popular in Super Bowl history and her record sales soared 1000% after the literally mic drop. (Girlfriend is jigglin’ her belly jelly all the way to the bank.)

It’s easy to justify why her microscopic belly fat is no big deal and exclaim we’d love to have her body and her life. Of course those internet trolls are crazy! She is soooo fit to have completed such a grueling performance.

But you know who is not fine???

You. Your sister. Your friend. Your daughter. Your niece. Me. I’m not fine either. My friends aren’t. My daughters aren’t. We all fall somewhere in these numbers. These numbers say someone you know is not fine. 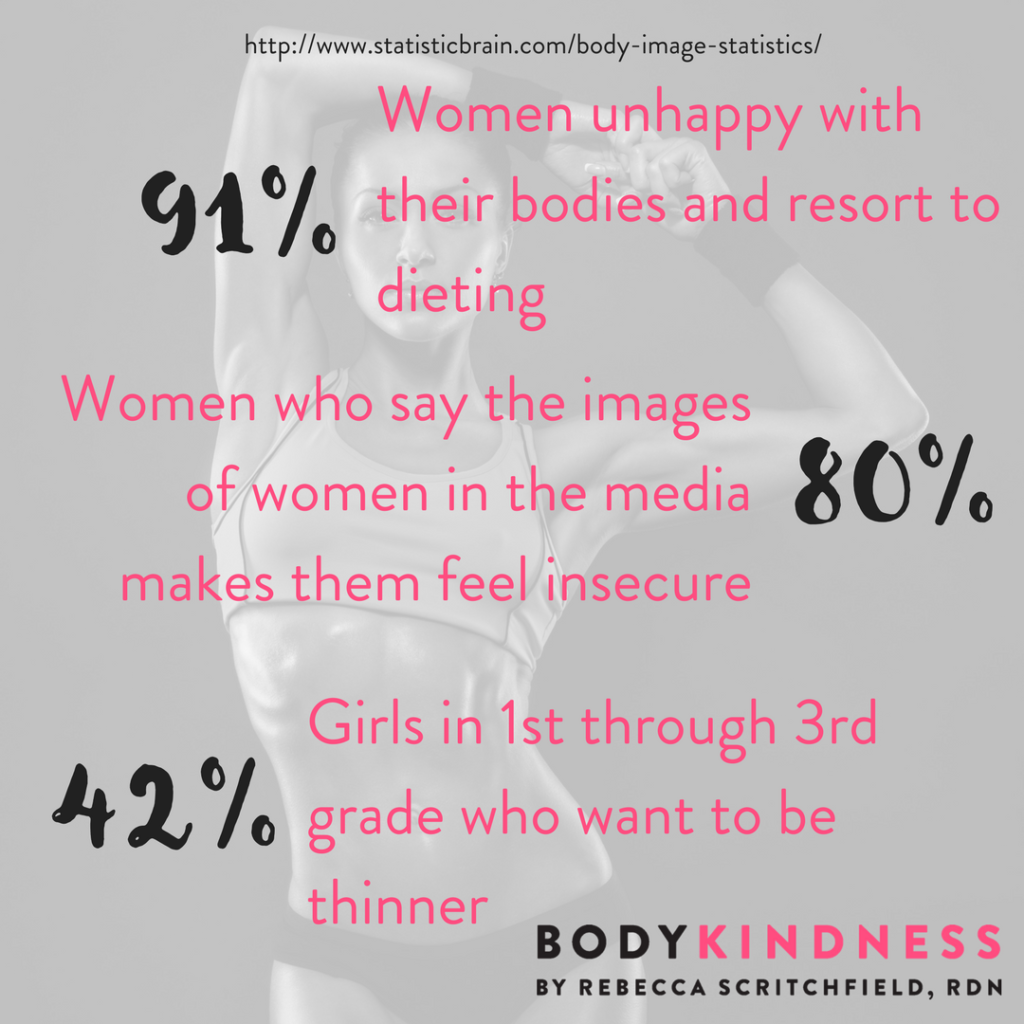 I’ve seen these stats so many times and counseled too many people the last decade that sadly it’s unsurprising.

Basically, we’re all a bunch of prisoners locked up in diet culture as long as we pinch our fat, eschew high calorie foods, and comment on other people’s bodies. We are in the dieting game and we are losing.

A comment is a judgment, even if it’s meant to be a compliment. It’s saying something more. Our appearance is attached to our worthiness and the only way out of diet culture is to refuse to play the game.

Where’s the Line of Acceptable vs. Unacceptable Fat?

What if Lady Gaga wasn’t Lady Gaga? I still believe her belly flaws would be “forgiven” because of some other attribute – those sexy legs, that red lipstick. She would have some virtue that would cancel out the flaw.

But what if she was actually fat? Or super fat? Many more people would have joined in the body bashing troll club. We may have expressed concern for “health” (because we are better than doctors and can tell health from a picture.) That’s diet culture. We measure up good vs bad based on the body form.

Put Your Paws Up

Lady Gaga would NOT want us to be obedient. She would want us to spread love and kindness to all – even the haters. That’s why I don’t feel bad for her. I see her refusing to play the game.

None of us are really going to be fine until we are free. We can’t truly be free until ALL BODIES can be free. Full on body acceptance and body love. For all. No exceptions.

Can you do more? Can you draw a hard line and refuse to play the game? Can you leave women’s bodies alone? Can you cut yourself a break? I believe we can all do better. We can all be kinder to ourselves and each other.

I share why I hate diet culture in this short video.

When your eyes are open, keep them open. Like anything else in life… there’s a process to change. We can’t help it until we see it. When we see it, we must accept it. Then we can change it.

Trading out diet culture for body positivity was how I truly became my healthiest and happiest self. I’ve never been more compassionate, more grateful, or more loving than the day I smashed my scale.